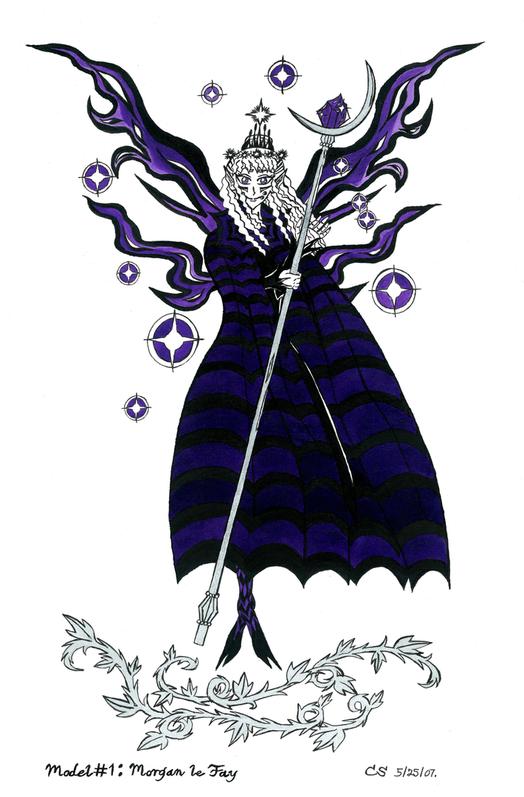 Indian Inks On Cold Press Board

Back in 2007, I chose to create a model series of figures who are of the fairy realm. I came up with one who is holding her crescent moon staff, all in dark violet colors and in black stripes. After I completed the picture, I chose to call this fairy Morgan le Fay after I've read different stories about her in the Arthurian legends. Some say that she was a real antagonist, and an advisory. But there are some who say that she was very misunderstood and that she was a high priestess.

Original image is for sale.