Indian Inks On Cold Press Board

Back in the year of 2006, I became and felt inspired by two other artists who create fairy figures. That was when I decided to create my own individual artwork. It was only the beginning for me. So I came up with the idea of using black, white and blue colors. I created a gothic fairy, holding her wand, and four other white pixies who are floating over a leaf. After I completed the picture, I saw how beautiful the crescent moon turned out to be. So I chose to title this picture "Nighttime Serenity."

Original image is for sale. 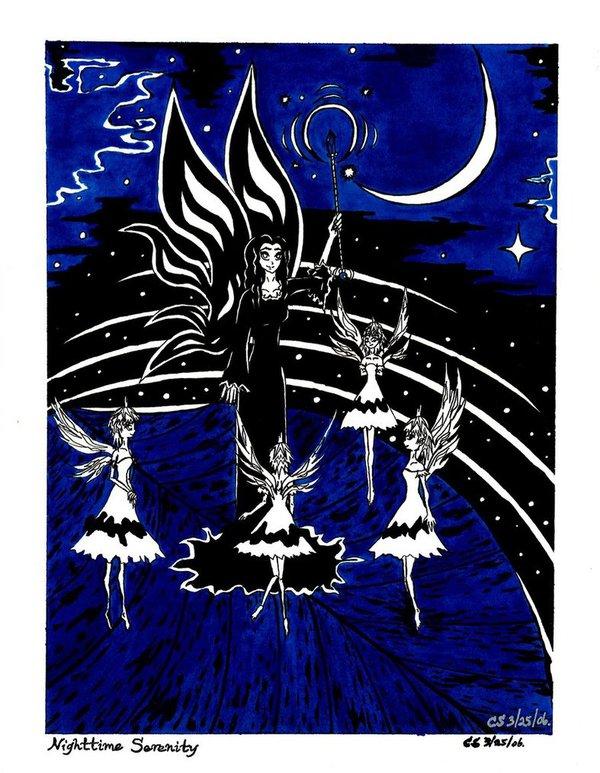